Skip to content
With tensions still high from Police and Government Brutality only 3 years previous at the Beanfeild, thsi EP was a call to the people in defiance of Thatchers government, and a pledge to take back our right to the stones and to live free of the increasing restrictions that the tory government were enforcing at the time in their crusade to stamp out anyone and anything they might have deemed as “Non-Conformity”.
The brute force that thatchers Police exercised 3 years previously in 1984 shocked and angered a nation, even those not in any particular favour of the Travellers plight for the contunuation of the long running summers solstice celebration at the stones,which had been going on for years.
This EP cut features some great stuff from Culture shock,Military Surplus,Rythm-ites and Hippy slags. 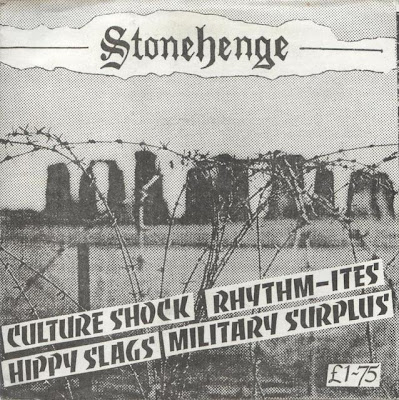 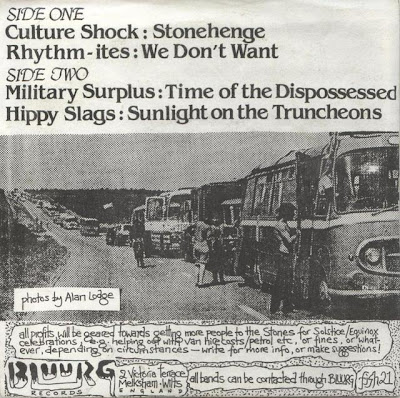