Condemned 84 first started in 1980 and were called Criminal Tendencies.They later changed their name to Condemned and played a few local gigs on and off over the next few years.but it wasnt until they brought out their first demo tape 4 years later that they took the name Condemned 84.
Released on R-)-R record label 1993 (Re-Released 1999). 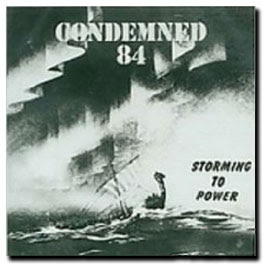